A family business with a long tradition

At Etelser, the art of cheese-making has been passed on from generation to generation for over 100 years now. From the cream cheese balls made and sold by our great-great-grandmother back in 1865 to the first cooking cheese products. The dairy was officially registered by Johann Brüns in 1924, and the family started producing cheese professionally in their own small business.

Jan-Gerd Brüns, the father of the current managing director, realised that cooking and processed cheese for end consumers alone could not ensure healthy long-term growth. He therefore developed an innovative and flexible industrial business as a strong basis for the future of our cheese factory.

We will continue to address the ever-changing requirements, to observe the market with our eyes wide open, to be at the forefront of new trends, and to continue developing new, customised products. The short decision-making processes in our medium-sized, owner-managed company allow us to immediately respond to new needs that have arisen, and to quickly implement our ideas using the knowledge and experience gained over five generations.

The milestones at a glance

Growth can only be ensured with a healthy basis, as our great-great-grandmother knew full well as she sowed the strong seeds for our success story with her take-away cheese balls. Since then, our cheese factory has been growing and sprouting healthy new branches thanks to our continuous development of the product range and the customer base. 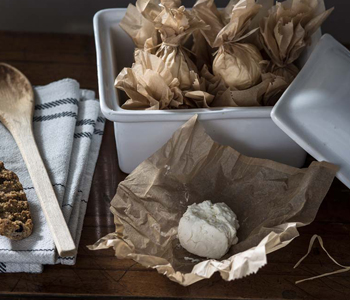 Meta Sofie Brüns, the great-great-grandmother of the current Junior Director, starts creating cream cheese balls using her own recipe. She sells these products, the size of a golf ball, from her ox-drawn cart at the weekly markets in Achim and Verden. And, thanks to her sound business sense, she also supplies the taverns along the route between Etelsen and the market towns. The cheese balls are placed on the tables in small wooden boxes and offered as an accompaniment to beer – a forerunner of the finger food popular today. The next generation continues the successful business: son Johann-Dietrich Brüns and his wife Katharina follow in his mother’s footsteps, and Katharina Brüns adds her home-made cooking cheese to the product range. 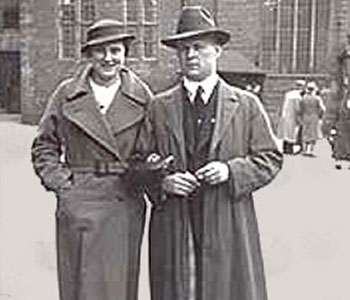 Johann-Dietrich’s son Johann Brüns is born. After returning from the Great War in 1918, he joins his parents’ company as the third-generation successor, and begins to expand the business. A flourishing small business develops thanks to the additional purchasing of milk, expanding the range of milk and cheese products, and ensuring that these products reach the market fresh for sale. 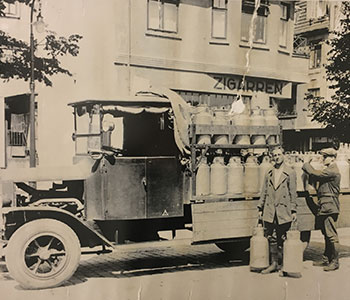 From today’s perspective, the official foundation of our company: Johann Brüns has the establishment registered as a dairy. He establishes the first two cold stores in Bassen und Otterstedt, soon to be followed by three more. The milk and cheese products are now transported with two lorries; the small company becomes increasingly more professional. 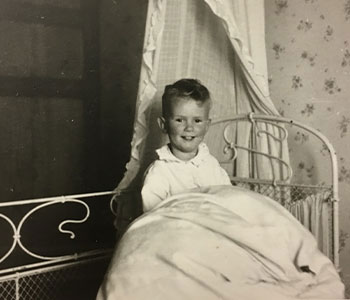 Jan-Gerd Brüns is born – Johann Brüns’ son and the future fourth-generation successor to the company. 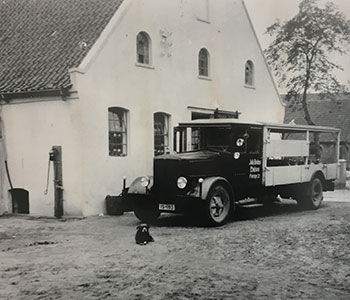 In the following year, the dairy is suddenly forced to close down: the purely private company has presented too much competition for the state-owned dairies. The national socialists order the closure of the company – with one exception: cheese still has to be produced. “Cheese for the front” is stipulated. The flourishing dairy is relegated to simply a supplier for the Wehrmacht. 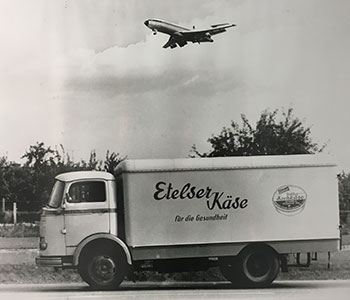 After the end of the war and the currency reform, Johann Brüns reopens the dairy – especially due to the insistence of the farming community. Once again, the company Etelser achieves a steady positive development. One major factor in this success is the launch of the brand “Etelser Country Cooking Cheese”, which still exists to this day. 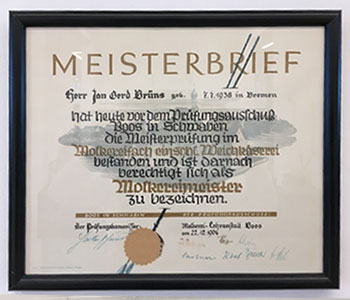 Jan-Gerd Brüns, who has long been active in his parents’ company, passes his examination to become a dairy master craftsman in Allgäu. 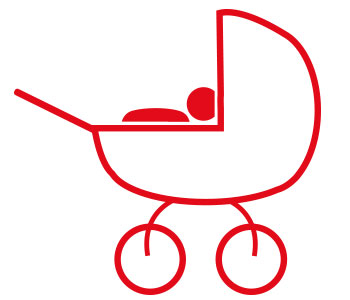 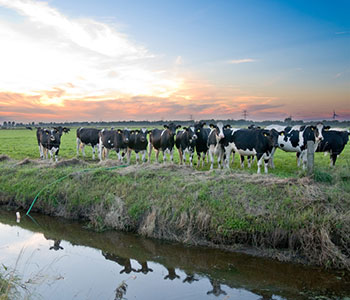 Jan-Gerd Brüns takes a bold business decision: he sells the entire milk collection operations and starts specialising exclusively in manufacturing cheese system products. And this bold move is to be rewarded – the company experiences rapid growth. 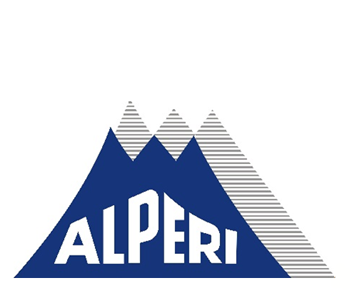 The next coup is pulled off by company owner Jan-Gerd Brüns, who acquires the Allgäu processed cheese dairy Alperi. In addition to gaining the established brands Alperi and Wanderer, the investment by Etelser soon pays off handsomely thanks, above all, to the specialist knowledge it gains about the production of processed cheese. Product ideas that had previously seemed impracticable were now feasible, opening up completely new markets. 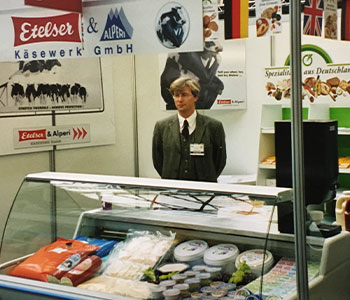 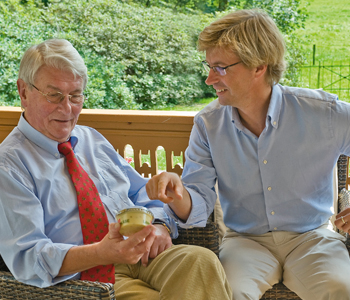 The company, until now a sole proprietorship, is transformed into a limited-liability company (GmbH), with Jan-Gerd and Jan-Wilhelm Brüns as managing directors. 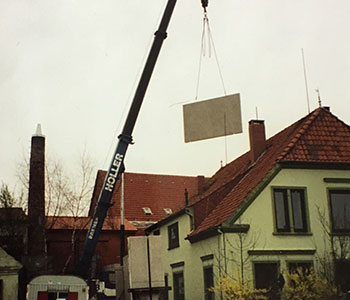 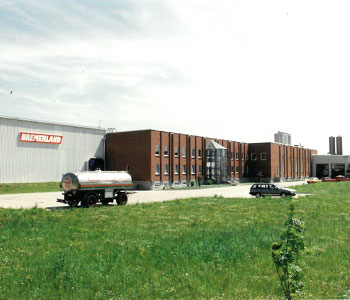 The plant finally reaches its spatial limits and it is now essential that it is extended. The neighbouring area Etelser Dorfland would have been ideal, but negotiations with the local authorities break down. Despite the company being very attached to the traditional location of Etelsen, it becomes necessary to relocate the plant. The former Nordmilch property in the municipality of Stuhr offers near-to ideal conditions for the expanding company. The move from Etelsen to Seckenhausen in August 2006 is a remarkable logistical feat with a minimum loss of production – one further step towards a promising future. 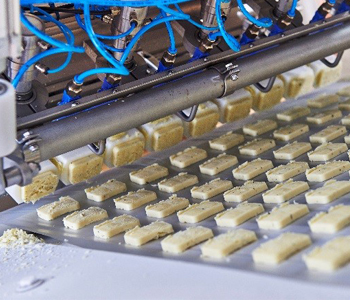 Another milestone for the company’s product portfolio is the launch of the IQF product line. To achieve this, the company invests in a machine for forming frozen pellets of butter and pasty materials, for example, on the basis of cream cheese. IQF stands for “individual quick freezing”, whereby products are frozen using a nitrogen tunnel. 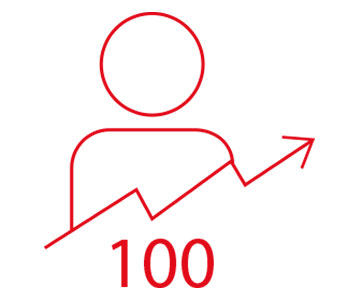 For the first time, the company employs more than 100 people. 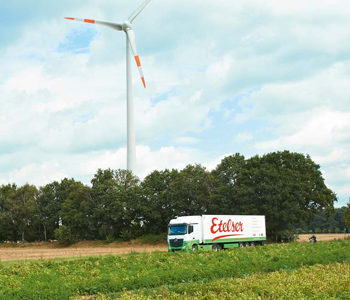 The protection of the environment and the health of our employees, as well as the conservation of all resources form an important part of our objectives in the pursuit of economic success, Etelser & Alperi therefore pursues a forward-looking energy policy and thus contributes to the protection of nature and life. Our main objectives are the economic production of products and the provision of services, with the expected high quality and the appropriate protection of the environment and resources under the best possible health and safety conditions. In order to publically document this approach, the energy management project in accordance with ISO 50001: 2011 starts in November with the goal of certification. 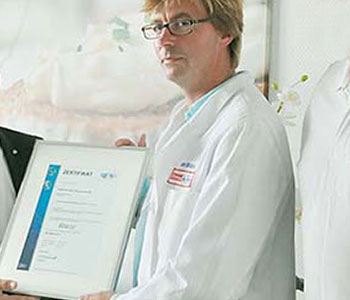 As part of the energy management programme, various measures are implemented, for example the commissioning of an in-house combined heat and power plant, the purchase of three new lorries with trailers for the fleet, the conversion of the hall lighting to LED and the start of the modernisation of the refrigeration system. In November, Etelser & Alperi becomes the first company in Northwest Germany to receive “Energy Management EcoStep Energy” certification. 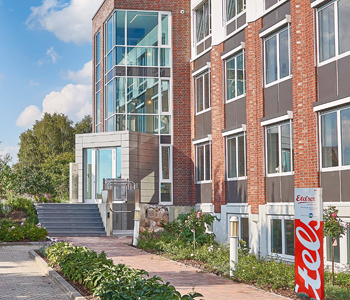 After a one-year construction phase, the administration moves to the new second floor of the office building. 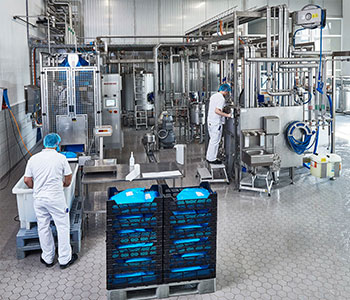 The refurbishment of the cream cheese facility commences in 2015 and goes into operation in July following a test phase. 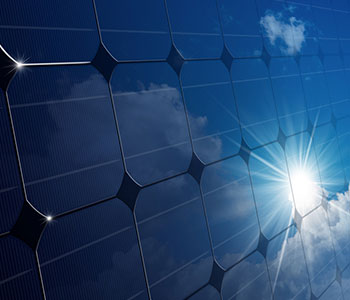 A further step in sustainability is implemented: a photovoltaic system is installed that produces an annual volume of around 80,000 kilowatts of electricity. Etelser & Alperi thus covers about 30% of the required electricity for the year 2018 via its own combined heat and power plant and the photovoltaic system.